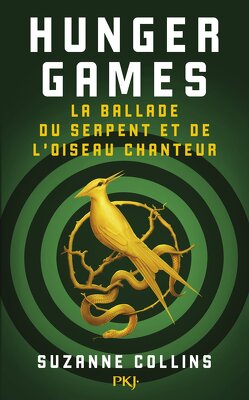 Set 64 years before The Hunger Games, the new novel will follow characters through the “Dark Days,” the period after the massive war between the districts and the Capitol that the latter ultimately won. The prequel will detail the events surrounding the 10th Hunger Games.

In a press release, Scholastic President Ellie Berger said the novel “raises important questions about authority, the use of violence, and the truth of human nature,” while the brand’s VP, David Levithan, said the mockingjay’s “new angle” on the cover “is very much in line with the story that Suzanne Collins is telling.”

“With this book, I wanted to explore the state of nature, who we are, and what we perceive is required for our survival,” Collins previously said of the novel. “The reconstruction period 10 years after the war, commonly referred to as the Dark Days — as the country of Panem struggles back to its feet — provides fertile ground for characters to grapple with these questions and thereby define their views of humanity.”